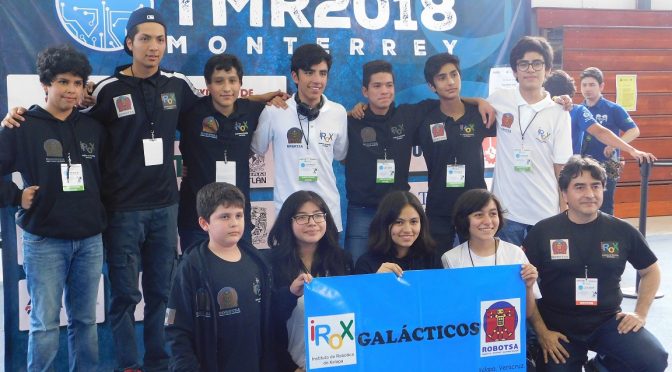 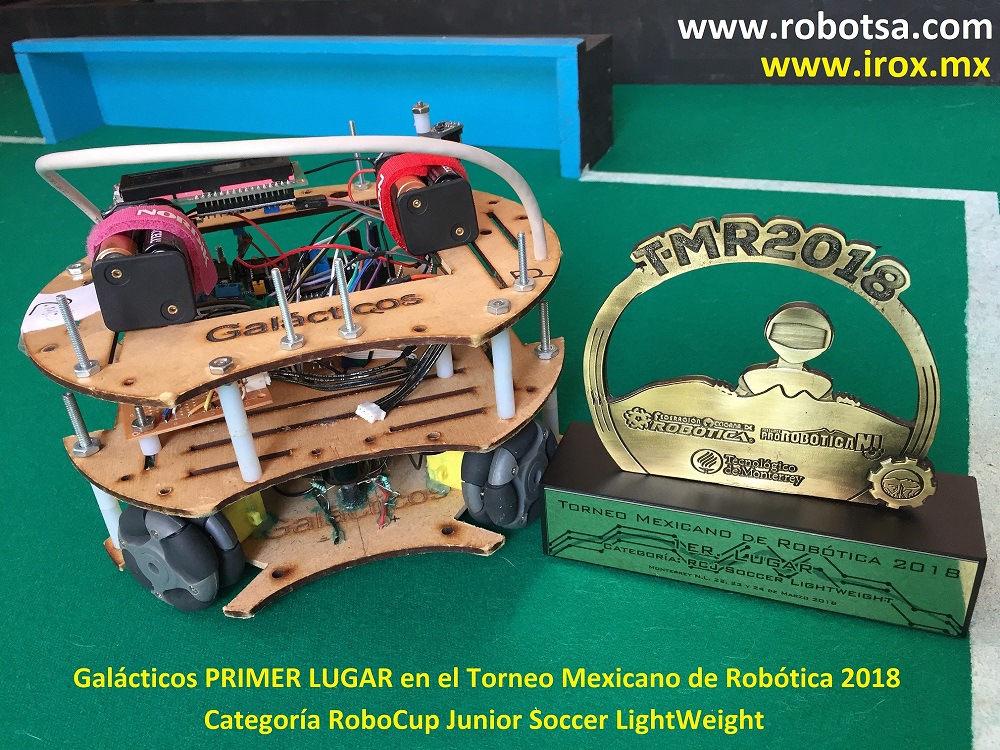 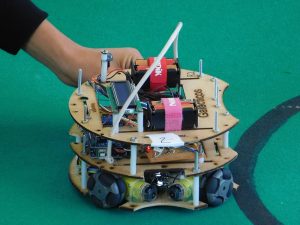 After four years of ups and downs with soccer robots in the Mexican Robotics Tournament (Torneo Mexicano de Robotica, TMR), we returned to the first place!

In TMR 2014 we won the first place also with soccer robots, when our Galacticos team was made up of 12 and 13 years old children. That year we participated in RoboCup 2014 in Brazil.

We are going to RoboCup 2018 in Montreal, Canada

The first place in the TMR 2018 gives us the right to compete in the most important robotics event at international level,  RoboCup 2018, which will be held in Montreal, Canada, from June 17 to 22.

Thanks to our experience of these four years, and international participation in Brazil (2014) and Portugal (2016 and 2018), we know that we have to work much harder to lead a highly competitive team, so we look for donations and sponsorship. 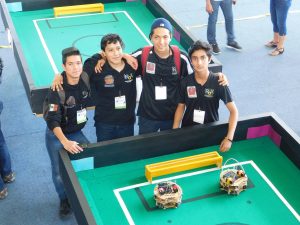 For more information about this triumph visit the Galactic page go to RoboCup 2018 in Montreal Canada, where we have a button to receive donations.

Would you like to sponsor a team of young roboticists?

If your company or institution is interested in sponsoring the team, visit the Galactic page look for sponsorship for RoboCup 2018.

And not only we won the first place in Soccer!, also SECOND PLACE in Rescue and THIRD PLACE in OnStage. You can see more information on the web page Galacticos won in the Mexican Robotics Tournament 2018. 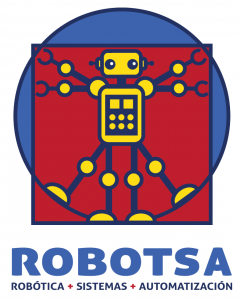 If you know a child and young person who would like to take our robotics courses and participate in robotics contests, contact us at galacticos@robotsa.com. 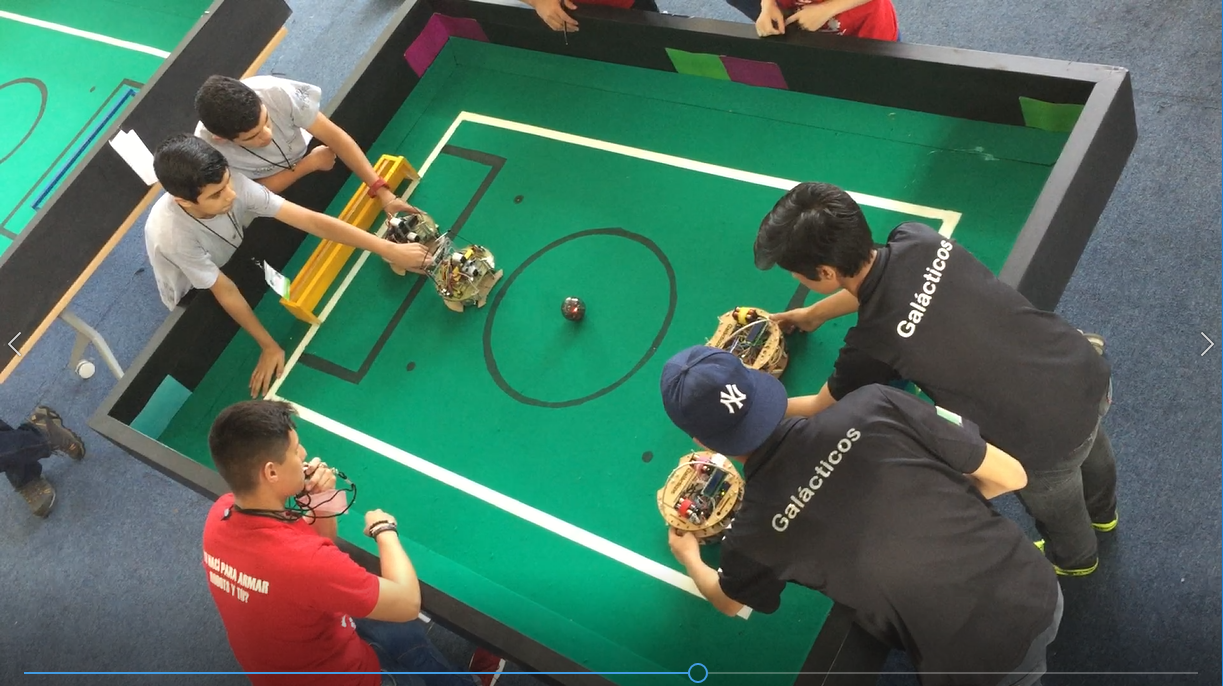