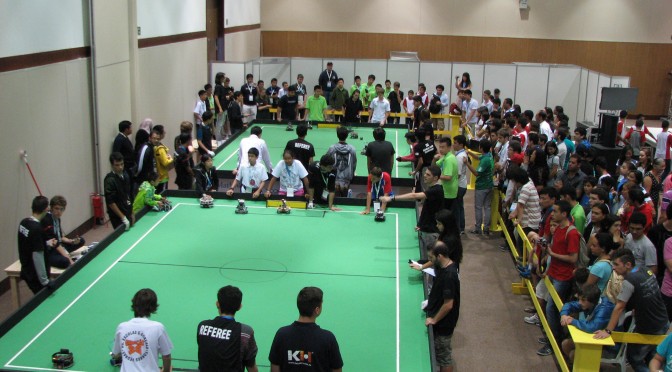 To all our relatives, friends and organizations that have been awaiting the participation of the Los Galacticos robotics team, here are the results obtained by our participation in the RoboCup 2014 international robotic competition, in the city of Joao Pessoa, Paraiba, Brazil, from July 19 to 25, 2014 (www.robocup2014.org).

This year is the first time that we integrated a team of children for a national competition, the Mexican Robotics Tournament 2014, in which we won the first place and the right to participate in RoboCup 2014 in Brazil. In the international competition we obtained very good results, what motivates us, parents, children and mentor to continue working forming children that possibly in the future, could be national and international leaders in the area of robotics.

We thank and acknowledge the following organizations that supported us economically to make the trip to Brazil:

Also, we thank our relatives and friends who made a voluntary contribution that was very helpful.

In total, so that children could participate in RoboCup 2014 in Brazil, we managed to collect an amount equivalent to the total expenses of one person. Amount with which we cover air tickets, registration to the event and food for two of the children. Their lodging, ground transportation and other expenses were covered by the respective parents. Unfortunately, one of the children could not go to Brazil, due to the lack of economic resources, to cover the difference that was needed.